Home Roof Replacement or Reroofing: Which to select? 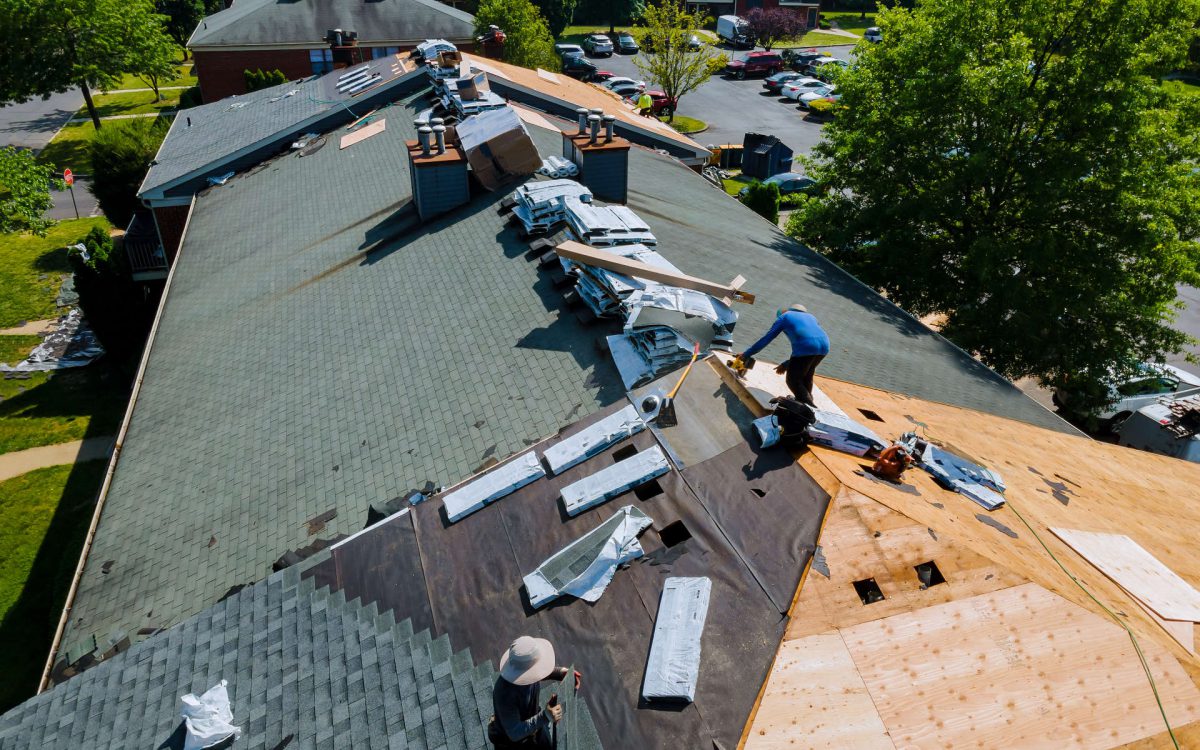 Once your roof begins to fail and the time comes for getting a new roof, it is wise to start investigationg your choices for the most valuable deal. The reroofing Chicago residents sometimes prefer is often considered a less costly alternative to a total replacement of your roof, which may even save money for you. However, reroofing is not a choice for everyone. Learning to distinguish between them and when a specific option is better than the alternative will assist you in making the best selection for your home’s roof.

Exactly What Does Reroofing Refer To?
Reroofing refers to the method of layering a new shingle set over the top of an existing shingle set. This may only be performed on time, so if your roof already has two layers in place, you are unable to choose the option of reroofing in Chicago. As it eliminates the roof removal step, reroofing may go significantly much quicker and be far less costly than a total roof replacement in Chicago.

What Exactly Does Roof Replacement Entail?
Roof replacement consists of tearing off the entire roof down to the roofing deck, before installing brand new felt paper and new shingles. Roof replacement Chicago residents prefer may be performed regardless of the amount of layers of shingles are already on your roof, meaning it may even be done when reroofing isn’t a possibility. Due to the additional labor required, it may be more costly than reroofing in Chicago.

When Reroofing Might Be a Great Idea
Sometimes, reroofing may be a solid option for homeowners with a roof that may be close to the its life’s end, but is still in good shape overall. There might be a few minor leaks or issues, but no missing or soggy shingles, no significant water damage, nor any major amounts of mildew or moss growth. Additionally, it is a wiser selection if you are planning to take care of the whole roof, instead of just part of a roof.

When Not to Consider Reroofing
Reroofing may not be a great idea in every case. As you are not lifting the current shingles, you may not be certain of the appearance of the deck of your roof. Although the majority of issues may be seen prior to the removal or the shingles, sometimes, there is sagging or rot beneath the shingles that may not be obvious. If you include a new layer over the top of the old roof, you are basically hiding the issue, not repairing the problem.

If just one roof section requires fixing, reroofing can be problematic as it would create a roof section that may be thicker than the areas surrounding it. This could result in the roofing sections not matching up correctly which may be noticeable by the ridge cap.

As a leading reroofing company Chicago homeowners trust, we can tell you that reroofing is only possible when there is merely a single shingle layer in existence. Although you might try to DIY this, or even fin a roofer you can hire to handle it, there is a major risk of the nails not going all the way through all of the shingles in order to hold this new layer into place. The extra shingle layers may also make it more difficult to observe what is happening under them, meaning any issues will likely remain unnoticed.

When Should Roof Replacements Be Performed?
Roof replacement in Chicago may be performed in any moment. These must be done in any case where there is more than one shingle layer on the roof, or if there is the possibility of other roof deck issues. If the roof and shingles are in quite poor condition, placing the roofs likely the best solution, as it addresses all problems, existing and potential, instead of hiding them.

At the end of the day, there are not many cases where reroofing is worthy of the money saved over complete roof replacement. Aside from these few situations, replacing your roof is basically a longer-lasting, safer option.